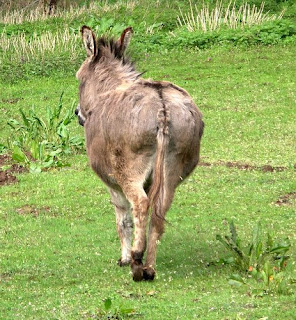 MONROE, Ohio (Nov. 29) - Police in southwestern Ohio say a police chief mistakenly shot himself in the thigh after giving his daughter a gun safety lesson.
A police report says 54-year-old Middletown police Chief Greg Schwarber was preparing to clean his Glock .45-caliber pistol on Friday and didn't realize the gun was still loaded.
The report written by officers from neighboring Monroe says the bullet entered Schwarber's leg just above the knee.
When officers arrived, they found the chief lying on the floor with a towel covering his leg. Schwarber was taken to a hospital for treatment.
The hospital had no record of Schwarber being treated or admitted. A home phone number for him couldn't be found.

No smart ass comments to this one,it speaks for itself!

And remember.........
Laissez les bon temps rouler!
And as always, thanks for listening!