Spending My Christmas& New Years In The Crapper 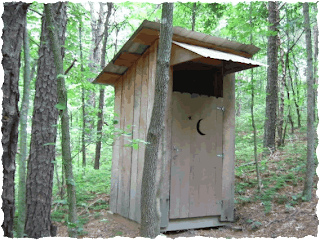 NEW YORK -What a relief! The free public restrooms operated by the Charmin toilet paper company in Times Square during the holidays are being rolled out for another year.
It's the third straight year for the 20 deluxe stalls.
The plush potties feature flat-screen televisions, attendants dressed in tuxedos and plenty of Charmin.
The loos are so luxurious that Charmin promises Times Square tourists will feel like kings sitting on their thrones before making their royal flushes.
The toilets are being inaugurated Monday with a ceremonial first flush by pop singer and Broadway star Joey Fatone (fuh-TOHN').
They'll be open every day through the end of the year except Christmas Day. For the first time they'll be open on New Year's Eve for the crowd watching the 2009 ball drop.

And they say I'm freakin' crazy!

And remember........
Laissez les bon temps rouler!
And as always, thanks for listening!
Posted by garnett109 at 9:37 AM 9 comments