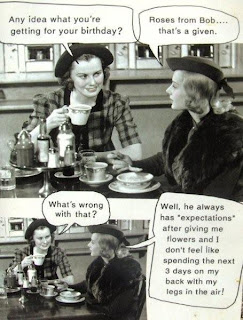 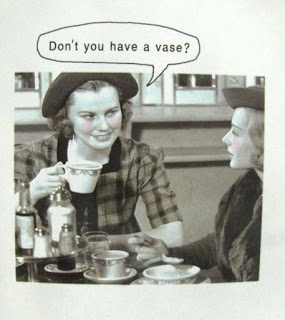 A Anniversary Gift From Debbie 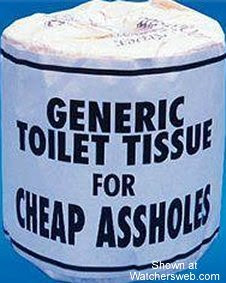 I think she is trying to tell me something?

And remember........
Laissez les bon temps rouler!
And as always ,thanks for listening!
Posted by garnett109 at 2:44 PM 6 comments

I'll Take 2 Dead Ones To Go Hold The Pickle

LONDON (Reuters) - A man discovered making kebabs near a corpse has been banned from managing food businesses and fined 3,800 pounds, Wolverhampton City Council said Tuesday.
Jaswinder Singh, 45, was found by police making kebabs at Pappu Sweet Center and Catering in Wolverhampton in August in a kitchen where a dead man was lying on a sofa.
As well the corpse, the policeman discovered another man smoking and spitting repeatedly on the floor, while in a room near the kitchen, a defrosting chicken, oozing blood and juices, was covered with flies.
Environmental health officers had visited the shop over a number of months previously where they had warned Singh to improve his food hygiene standards after finding rat droppings as well as a dead rat beneath a pot.
"We were called to reports of a sudden death," said West Midlands Police spokeswoman Joanne Hunt. "A post mortem was carried out, but found the death was not suspicious, so the matter was referred to the coroner."
Wolverhampton's city council's chief environmental services officer Nick Edwards said: "The council will not tolerate those who put the public at risk by preparing food in insanitary conditions.
"We are pleased that the council's actions have resulted in the courts banning this individual from ever running a food business again."

And as always, thanks for listening!